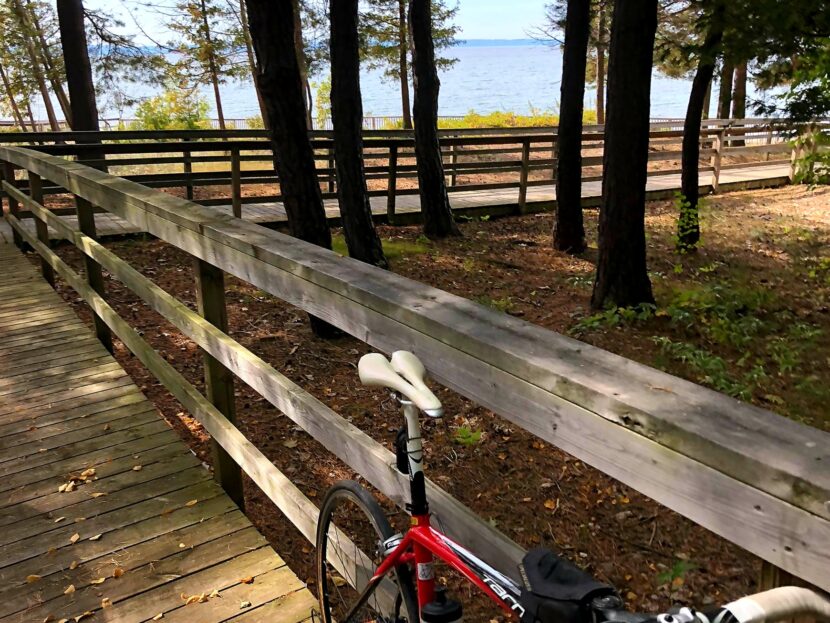 Cycling Georgian Bay Shores in Tiny & Tay: A Double Dog Route Tiny and Tay townships in Simcoe County are known for their rich history, adjacency to Georgian Bay, and… being the namesakes of dogs owned by Lady Simcoe, wife of the first Lieutenant Governor of Upper Canada. There are numerous great cycling routes in these townships, and we have merged a couple of them into a point-to-point route on our  Georgian Bay – Muskoka tour.  We start just outside of Waubashene and end in Wasaga Beach with an optional extension to Collingwood. It is mostly flat, with the notable exception of a hill out of Midland. Much of the ride is along the scenic shores of Georgian Bay. The route is about 77km one way. There is a link to the GPX file at the end of this post. […]

Morning sun peaking over the some rolling Oro -Med

Plan ahead for spring and summer cycling getaways!

Cycling makes you happy! Join us in 2023 and exper

Conquering Grey County gravel and hills with an e-

Happy guest after 5 days of cycling through Bruce

Bike season is just around the corner - where will